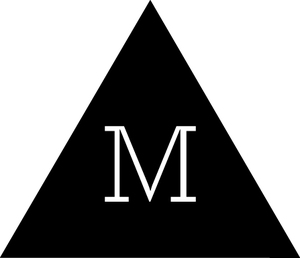 In this show, Smith deconstructs a decades long art-making practice previously rooted in a form of social commentary reliant on illustration, humor and sarcasm. Frustrated by the general state of affairs, and inspired by an impulse to transcend his own reactionary role in the grand social structure, Corey has recently stripped his work down to its most essential elements in hopes of at least a glimpse of a purer vision to share with his audience.

The result of this distillation is a stark new formal abstract vocabulary, applied with an emphasis on material richness and subtle tonal shifts. Among the works featured in Into Dust are rectangular and shaped panels, each providing a support for numerous layers of glossy resin and matt enamel paint. The surface of the work titled “Chaos was the law of nature, order was the dream of man” is made up of over 3000 small painted wooden blocks that build up a gridded relief and offer a powerful physicality that challenges easy categorization of the piece as either painting or sculpture. Another work, A Simple Gesture, is created by a prolonged act of continuous drawing with graphite onto the 4’ diameter circular sanded resin surface of the piece. This act is repeated each time the work is exhibited, adding a dynamic performative aspect to the exhibition.

These works take time. Both to appreciate, as they withhold an overt message in favor of the viewer’s personal interpretation, and to achieve, as they are derived from a path rooted in process. Given attention, each piece reveals an individual depth and character that stems from the techniques and intentions of the artist, as well as from inherent qualities of the media he has employed.

We are most likely to accept offers less than 10%.

You will receive an email confirmation